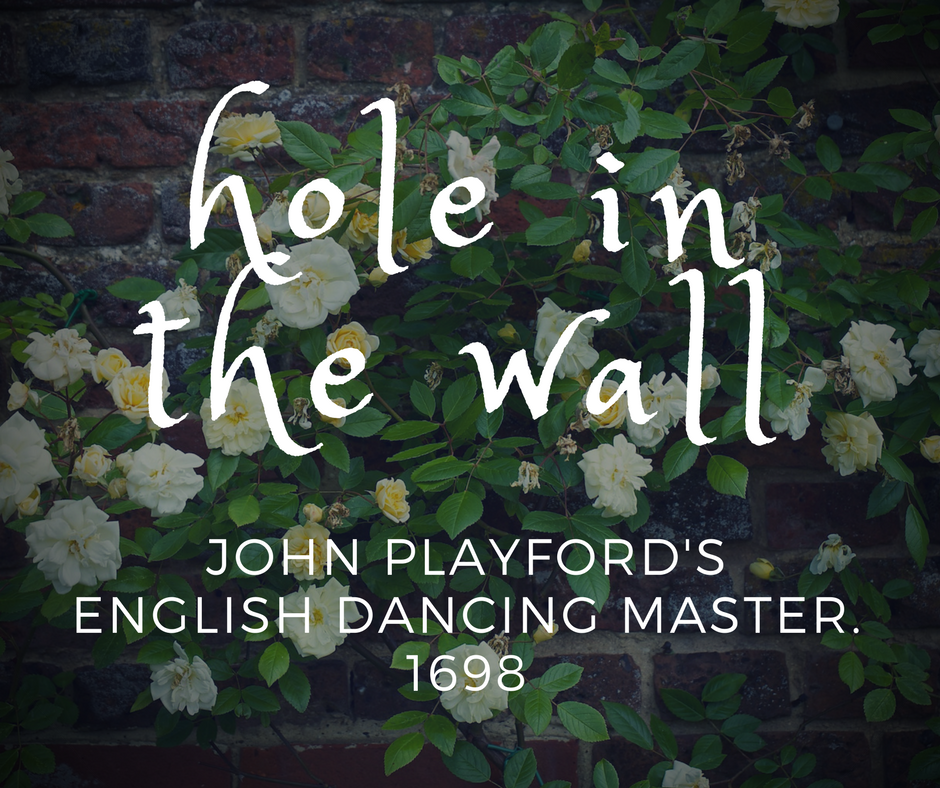 This stately dance is well into the grey period of the 1600’s and doesn’t fit the SCA criteria of pre-1600 culture, but it’s an old favorite within the society. We have our own subtle styling in the way we dance Hole in the Wall, so it’s not going anywhere soon. Musicians have a tendency to feel it’s overplayed, but that’s probably just because they have to play it so many times. Dancing is a different thing. If you’re lucky, you’ll be changing your steps part way through the dance. It’s a nice slow one though, so just enjoy the simple intricacies of this beginner level English Country Dance from John Playford’s English Dancing Master. This video shows the preferred SCA stylings for this 17th c dance.

Acknowledge: My name for a mini-reverence that is included in a dance but not given time for a full reverence. You usually have 1 count to execute something along the lines of a reverence.
Cast: A step to move around the set. Turn the OPPOSITE way that you’re casting out of the set, walk to your destination in the time allotted for the cast. Usually 4 or 8 counts. 6 counts in Hole in the Wall. The number of positions moved is indicated, as is the direction (up or down the set, right or left in a circle).
Circle: Take hands and move in a circle. Usually in a clockwise direction.

TO BEGIN couples form a line of MEN and WOMEN, each facing their partner. The couple at the top of the set is a FIRST COUPLE, the next couple is a SECOND COUPLE. This number convention continues down the set. If there is an odd number of couples the last couple in the set will rest during the first repetition and enter the dance as a SECOND COUPLE.

iThere are no comments